The Odisha government has set up a committee to facilitate a team from the Ministry of Earth Sciences conducting earthquake mapping for the entire Bhubaneswar Development Plan Area (BDPA), an official said.

The survey is required as the BDPA falls under Seismic Zone-III. However, the risks have multiplied with two possible fault lines passing through the geological area.

“This study will be immensely beneficial for the city, as it will be a guiding factor to regulate construction activities and from disaster management and preparedness point of view,” the official said.

The team of experts from the ministry has started the initial survey for the purpose. Bhubaneswar is a leading city in the country to be taken up for such a survey by the ministry, he added.

In its bid to facilitate the survey, the state government has formed a committee under the chairmanship of Vice-Chairman BDA (Bhubaneswar Development Authority). This may help in seismic micro-zonation mapping of the entire plan area under BDA’s jurisdiction, the official said. 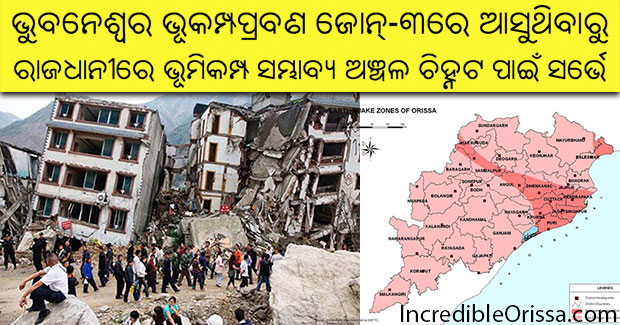