As many as 50 electric buses have been sanctioned for the Odisha capital Bhubaneswar for intra-city and intercity operation.

The electric buses have been sectioned by the Department of Heavy Industry under the ‘Faster Adoption and Manufacturing of Electric Vehicles in India’ Phase-II to give a push to clean mobility in public transportation.

A total of 5595 electric buses has been approved for 64 cities under the second phase. These buses will run around 4 billion kilometers during their contract period and are expected to save cumulatively about 1.2 billion liters of fuel, which will result in avoidance of 2.6 million tonnes of CO2 emission.

Odisha Minister of State for Science and Technology, Ashok Chandra Panda had recently informed in the Assembly that the state government is planning to introduce electric buses in phases in a bid to curb air pollution in urban areas.

He had said that electric buses will ply in Bhubaneswar, Cuttack, and Puri in the first phase. 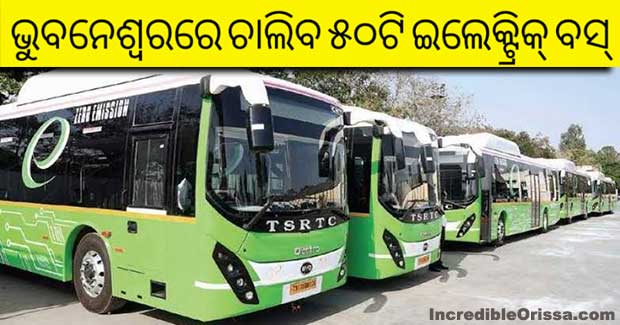