Odisha’s capital Bhubaneswar city will not celebrate its 72nd Foundation Day due to the COVID-19 outbreak across the world. This was informed by the Capital Day Celebration Committee in a press release.

In collaboration with the state government and Khurda district administration, the organisation has been conducting programme in a grand way on April 13 every year. However, in view of the increasing number of COVID-19 cases, the committee has decided to cancel all the programme related to Bhubaneswar foundation day this year, the release stated.

The committee prayed to Lord Jagannath and Lord Lingaraj for inclusive development of Bhubaneswar and to save the country and state from clutches of Coronavirus.

Bhubaneswar is a city that has developed into an investment hub in eastern India over the decades. It is advancing steadily towards achieving the smart city goal. Along with infrastructural growth, new educational institutions have come up and the city is luring tourists from far and wide.

Bhubaneswar is one of the ancient Indian cities with a history of more than 2500 years. It was planned by architect Otto Konigsberger in 1946 and the foundation stone was laid by the then prime minister Jawaharlal Nehru in 1948. It is among the first four planned cities of India.

Renowned sculptor Sudarshan Sahoo urged the government to make the city pollution-free. He said, “Around 15 years back the city was full of trees, but the green cover has come down substantially. I request the government to launch a tree plantation drive. I want also to suggest that the government should ban vehicles that are over 15 years old to control pollution.”

Odissi danseuse Aruna Mohanty applauded the state government for its efforts in developing the city. She urged the government to develop the city as an education hub where youths from around the country would flock. She said, “Bhubaneswar is a place rich in culture and heritage. Whatever we see around us shows economic expansion and the effects of globalisation. I can proudly say that violence in the name of caste, creed, and religion has never taken place in Bhubaneswar. However, it is our responsibility to keep the city clean and secure. I must suggest the government that making the city youth-oriented doesn’t mean setting up bars and restaurants. Youth need a reading space, a place where they can exchange ideas.” 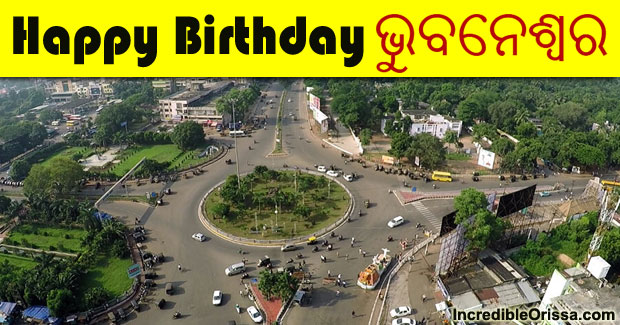