Bhubaneswar is cheapest in terms of housing in the country, revealed a survey carried out by the Reserve Bank of India (RBI). Mumbai remains the least affordable city in India.

HPTI, the basic affordability measure for housing in a given area, is generally the ratio of a median house price to familial disposable income.

Although there has been emphasis and hype over affordable housing since the past few years, the survey released on Thursday shows that affordability in the country’s housing sector has deteriorated in the last four years.

“Housing affordability worsened over the past 4 years as the house price to income (HPTI) ratio increased from 56.1 in March 2015 to 61.5 in March 2019,” said the Residential Asset Price Monitoring Survey. 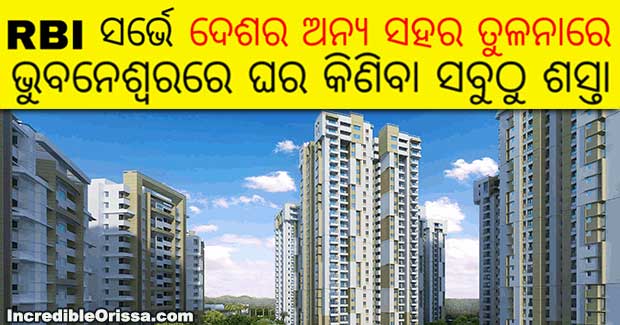