Bhubaneswar Municipal Corporation (BMC) aims to make Bhubaneswar a model solar city in India and has prepared a tentative list for the project.

BMC has proposed to set up solar panels at the designated waste dumping site at Bhuasuni, on the outskirts of the Bhubaneswar city.

According to the proposal, to be sent to Orissa Renewable Energy Development Agency (OREDA), the buildings and offices under the civic body will have solar panels to generate electricity. Some other buildings where the facility will come up are Kalyan Mandap, BMC office, Yatri Niwas and BMC hospital, among others.

ALSO READ: Bhubaneswar to have its biggest-ever shopping mall ‘Esplanade’ 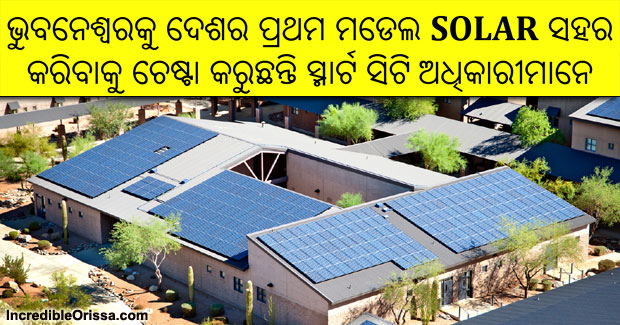