Now Bhubaneswar Municipal Corporation (BMC) informed that those people parking vehicles in the same area for multiple times on a single day will have to pay the fee only once.

BMC officials have included 75 parking lots in five stretches of the Capital City. People will now have to pay only once for parking their vehicles in the lots located in each stretch. “If a commuter parks his vehicle near a mall at Vani Vihar then he will not have to pay the parking fee again at Rupali Square,” a BMC official explained.

But the the fee structure and time of parking for these areas remains unchanged. A person parks a two wheeler for four hours will pay Rs 5, while a car owner will have to pay Rs 20 for two hours.

“We have taken this decision at the corporation meeting. We will start the project very soon after floating tender for parking areas. The new rule will be implemented by end of January,” said city mayor A N Jena. 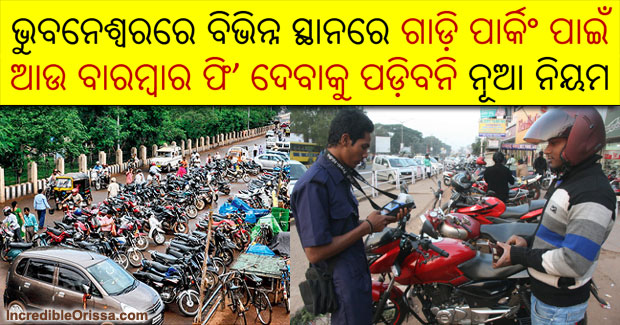