The decision was taken at a meeting held under the chairmanship of Jena. The name of the weekly event ‘Raahgiri’, aimed at promoting non-motorised transport system in the Capital city, was rechristened on Saturday.

Three proposals for the new name will be awarded by the BMC. The name of the awardees will be announced during an event on Sunday.

It may be mentioned that Jena on Tuesday had informed about the name change. However he has asked the city denizens to suggest a name for the popular weekly event.

Jena had informed that people can send suggestions for new name in between November 22 to 24, by means of social media. He had added that selected proposers will be awarded accordingly.

Earlier, the Minister of Tourism & Culture Ashok Panda informed that the second phase of ‘Raahgiri Day’ celebrations will begin from November 27 in Bhubaneswar.

The ‘Patha Utsav’ will be observed in every Sunday and to be held between morning 6 AM to 10 AM. 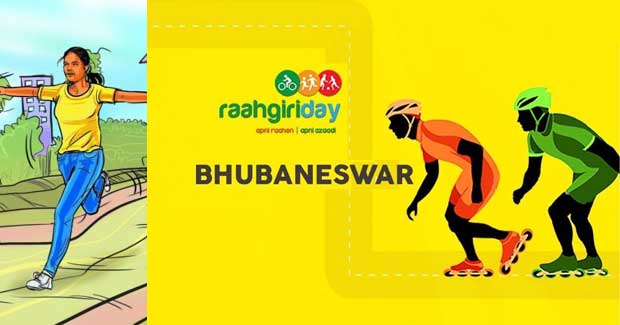