Roads and streets of Bhubaneswar will soon turned out to be cleaner without dust as the much-awaited mechanical sweeping in the smart city will start from the first week of October.

The capital city will be cleaner ahead of the Hockey Men’s World Cup 2018 scheduled to be held from November 28 to December 16. The much-awaited mechanical sweeping in the Odisha capital will start from the first week of October.

The mechanical sweeping machine would use vacuum technology which would reduce the suspended particulate matters (SPM) level, also expected to reduce respiratory diseases.

The Bhubaneswar Municipal Corporation (BMC), after finalising tenders for an 80-km stretch in the city in two packages, has awarded the work to M/S Pro Power Sweepers Private Ltd and M/S Lion Services Private Ltd (JV).

As per the provisions, the operator has to deploy at least two mechanical sweeping machines and undertake the cleaning preferably during the night hours between 10 pm and 6 am when the traffic density is minimum. 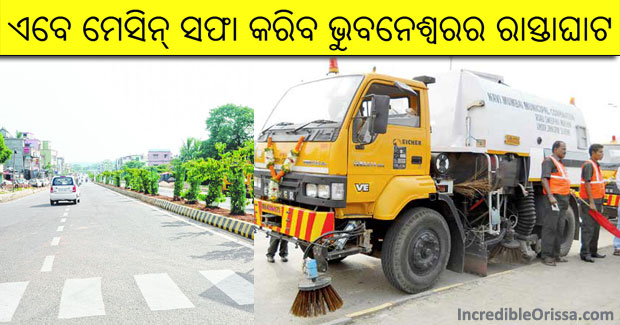