Cupertino is a city in Santa Clara County, California, in the United States. Forbes ranked it as one of the most educated small towns. It is known as the home of Apple Inc.’s corporate headquarters.

“These signs are a physical symbol of the already strong bond between Cupertino and our Sister Cities. I am proud to live in such a diverse community that supports its four Sister Cities,” said Council member Gilbert Wong.

Wong mentioned Bhubaneswar as one of his favorite sister city and looks forward to a strong relationship.

Since the establishment of the relationship, the CBSCI has organized a cultural evening, facilitated two formal visits to Odisha, India by the then Mayor of Cupertino, Gilbert Wong and his delegation.

KNOW ABOUT: Mahatma Gandhi’s all visits to Odisha between 1921 and 1946 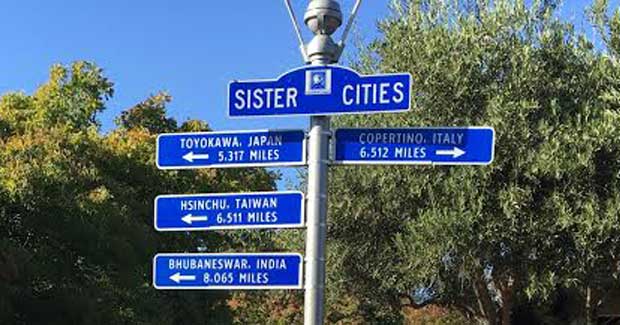