Smart city Bhubaneswar is set to have three ‘Smart Parks’ with facilities such as Wi-Fi, E-Toilets and Water ATMs.

Bhubaneswar Development Authority (BDA) and Bhubaneswar Smart City Limited (BSCL) have decided to develop three parks – all at Saheed Nagar – in the first phase. Later, based on the demand and popularity, more parks would be developed in other areas. The parks will have child-friendly infrastructure and landscaping.

The parks will be universally inclusive and promoted as learning and recreational centres with features such as children’s play area, toilets, splash parks, open gyms, watchtowers, butterfly parks, sensory gardens and basketball courts.

The initial parks chosen as part of the ‘Smart Park’ initiative are the park district near Bhawani Mall (amalgamation of four small parks), BDA-OMC Park and a small community garden near Sparsh Hospital. The parks would have watchtowers for visitors to admire the surrounding areas from a vantage point.

While the splash park would be a recreation area for water play that has little or no stagnant water, the butterfly park would be a facility with special emphasis on conserving and showcasing butterflies in their natural habitat. The sensory garden would be designed with the purpose of stimulating the senses though plants and other materials to engage the visitors’ senses of sight, smell, touch, taste and sound.

BSCL sources said the three Smart Parks will be constructed with a cost of Rs 1.80 crore and the work is likely to be over in six months time. 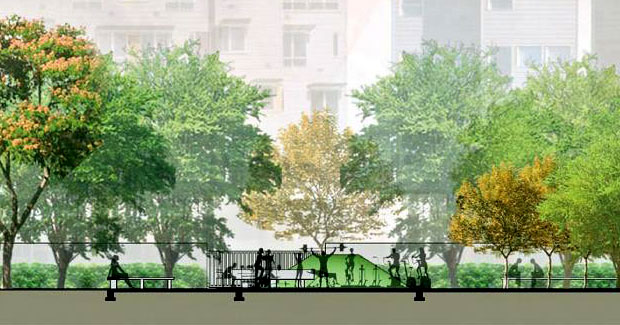