Smart city Bhubaneswar is all set to have a smart traffic management system, which will focus on reducing traffic congestion and improve journey experience of the citizens.

The waiting hour of the commuters at the signals will be automatically shortened or broadened depending on the traffic volume. “If at a particular location, the rush from one side of the signal is less, the timing will be automatically set to flash green light. At present, the pre-programmed timing compels the commuters to wait for the green signal even if the traffic volume is thin,” said a BSCL spokesperson.

Through this system video-based inputs will be captured and transmitted to a central server and vice-versa, thus allowing to control the traffic density at respective intersections.

The Traffic signalling system will operate through solar power. On a pilot basis, this will be implemented at five locations viz, Housing Board Square, Institution of Engineers Square, BDA City Centre Square, Regional Institute of Education Square and Anand Bazar Square.

The work has already commenced at five places along the Sachivalaya Marg by the Gurgaon-based company M/s Envoys Electronics Pvt. Ltd. and is expected to be completed by September. Once the pilot is successful, the same will be implemented in the remaining 53 traffic locations. 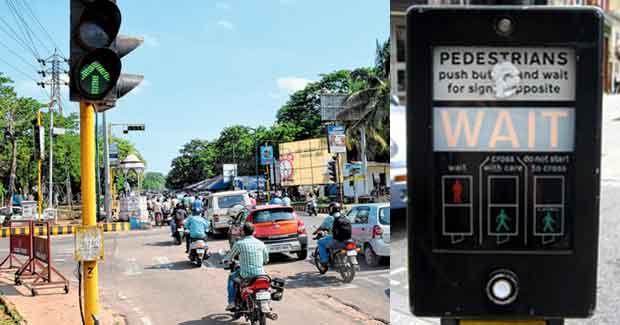