With the new traffic restrictions coming into effect from December 1, the Commissionerate police has put in place speed limits in the twin cities of Bhubaneswar and Cuttack.

Commissionerate Police reiterated that light and heavy vehicles can drive at a maximum speed of 50 km per hour within city limits, except on National Highway between Palasuni to Balikuda, where the speed limit is 70 km per hour and for two-wheeler, it is 50 kmph.

“Drivers can be prosecuted over these limits,” said a tweet from the Commissionerate Police. Overspeeding could lead to a fine of Rs 5000 as per the new Motor Vehicle Act 2019.

The State Transport Authority had earlier directed all Collectors, SPs and Deputy Commissioners of Police to strictly enforce the road safety regulations. They have been asked to instruct enforcing officials to check documents only of traffic offenders.

Meanwhile, Commerce and Transport Minister Padmanabha Behera appealed to the people to get their vehicle documents ready during the three-month breather announced by the State Government. 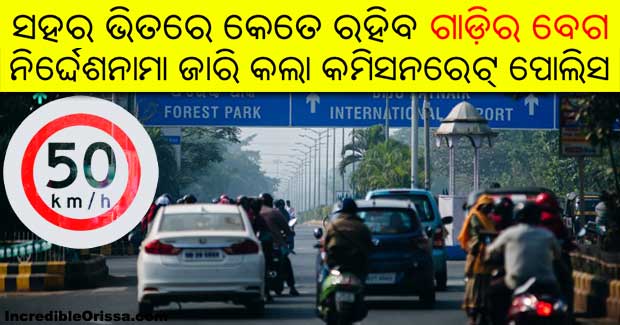