Scripting a new story in storytelling tradition in Smart City Bhubaneswar, the authorities are planning to hold the storytelling festival between December 6 and 10 at three locations – Buddha Jayanti Park in Chandrasekharpur, Indira Gandhi Park and Kalabhoomi or Madhusudan Park in Pokhariput area.

The BhuFeSto will feature the best storytellers and folk musicians from the participating countries in the World Cup scheduled from November 28 till December 16 at Kalinga Stadium and also have the best of storytellers from India and Odisha.

“BhuFeSto is being planned as a regular annual event of Bhubaneswar. It aims to be the biggest storytelling festival in the country and one of the most popular such event in the world,” said mayor Ananta Narayan Jena.

Since, festivals create a brand for a city such as the literature festival has done for Jaipur and the art biennale for Kochi and the film festival for Cannes, BhuFeSto similarly aims to create a brand for the city by making it the biggest and best such event in the country. Moreover, BhuFeSto also will be an attraction for children and families who will travel to Bhubaneswar for the festival and the World Cup. 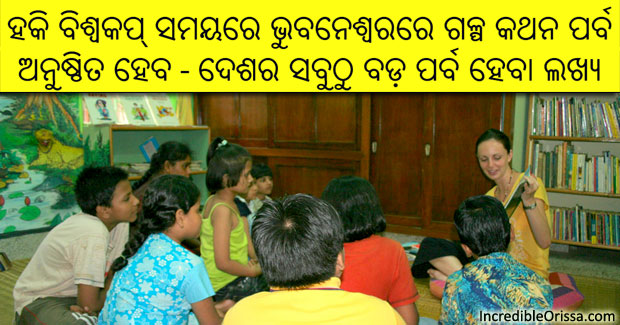