Carrying 180 air passengers, the Air India flight took off at 8.40 am from Biju Patnaik International Airport (BPIA). The air carrier is scheduled to arrive at Surat at 10.40 am.

It is worth mentioning, that a large number of Odias have settled and are engaged in various spheres of trade and commerce industries in Surat.

Due to the absence of any direct air connectivity, air commuters, especially the Odias, were desperately waiting for the flight services between Bhubaneswar and Surat to start. Chief Minister Naveen Patnaik had also urged the Centre earlier for the flight. 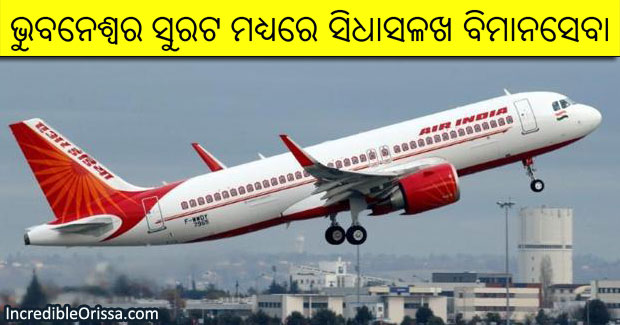