Bhubaneswar Mayor Ananta Jena informed that the Smart city will be completely Wi-Fi enabled before the start of the Men’s Hockey World Cup 2018. He announced this during a programme held on the occasion of Local Self Governance Day.

The administration here is gearing up to introduce Wi-Fi services in several priority corridors. The network will cover a total stretch of 80km. “The city will have WiFi coverage by the end of October. The network will be accessible at 300 points across Bhubaneswar,” he said.

“The Smart city will be given a much smarter look as plans have already been finalised to paint the walls across 80-km stretch in and around the city ahead of Men’s Hockey World Cup. The walls will showcase the unique art, rich culture, and history of Odisha,” said the Mayor.

Notably, Odisha government is the chief patron of both the men and women hockey teams of India. Also being the host of the Men’s Hockey World Cup, all these major announcements have been made keeping in view the Hockey extravaganza event.

ALSO READ: Odisha Doctor to get highest medical honour in the country 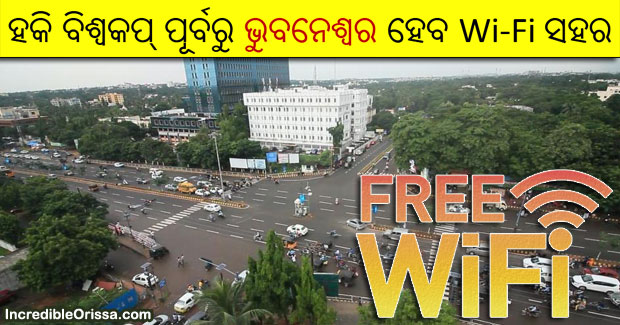