Taking a major step to ensure better traffic management in Bhubaneswar, drone cameras will be used to keep an eye on violation of traffic rules like overtaking and zigzag driving.

A heavy fine will be imposed on people violating the traffic rules under the Motor Vehicle Amendment (MVA) Act. The initiative aims at ensuring lane driving, no overtaking and adherence to Zebra Crossing rules.

“We have appointed an IPS officer as the DCP of traffic. She along with her team will work to solve various traffic woes in Bhubaneswar and Cuttack,” said Police Commissioner Sudhanshu Sarangi.

The rule will be implemented on Rabindra Mandap-Airport road on a pilot basis and later replicated in other areas of the Smart City Bhubaneswar. Commissionerate police had also declared the 19-km stretch between Nandankanan to Airport as ‘no tolerance’ zone. 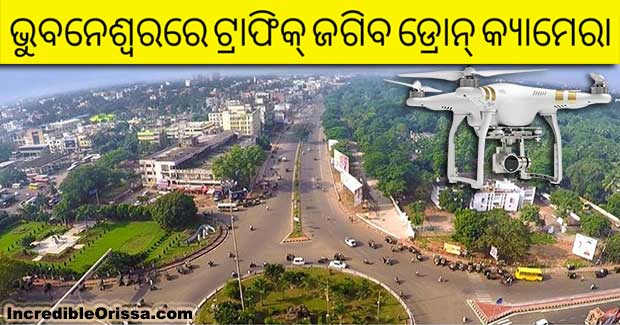