The Odisha government has planned to establish a museum of urban history in Bhubaneswar as part of the smart city project. The proposed museum will showcase the history of the city’s evolution and architecture.

Sources said Bhubaneswar Urban Museum will come up near AG Square and administration is clearing field near Nehru Yuva Pratisthan, Unit 6. Rare images of all years from Sisipalgarh to smart city will be displayed for visitors here.

The history of the Bhubaneswar may be viewed as two phases: ancient Bhubaneswar and modern Bhubaneswar. While the ancient city has a history that goes back more than 2000 years, the modern city came into existence in 1948.

The first mention of Bhubaneswar in Indian history is in the infamous Kalinga War which was held near Dhauli (presently located in south Bhubaneswar) in 3rd Century BC.

In 1936, Odisha became a separate province in British India with Cuttack as its capital. Notably, Cuttack was Odisha’s capital since 12th century. When India got independence in 1947, Odisha became one of the states of the Indian union.

But for some reasons, most visibly Cuttack’s vulnerability to floods and space constraints, the capital was changed to Bhubaneswar which was built into a modern city. The city planning of Bhubaneswar was given by German Architect Otto Königsberger. Bhubaneswar was formally inaugurated on 13th April 1948 as the capital of Odisha. 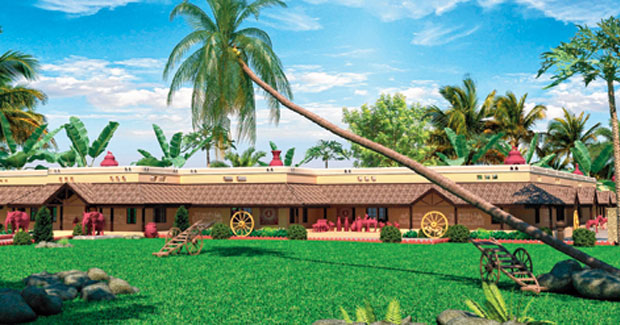