As Bhubaneswar gears up to host the Men’s Hockey World Cup-2018 at the Kalinga Stadium from November 28, Odia literature-themed wall paintings created as a part of beautification of the Smart city ahead of the tournament have become visual treat for locals as well as visitors.

Empanelled artists of the Bhubaneswar Municipal Corporation have finished beautifying the Odisha capital with fresh wall paintings in various areas. The plan was to complete painting of the walls on a 40-kilometre stretch of the city roads by mid-November.

In September, the Bhubaneswar Municipal Corporation empanelled 15 groups and individual artists to take up wall painting as part of city beautification drive for the men’s hockey world cup. Prominent among the artists were those from Odisha Modern Art Gallery, Krutika, Kanak Arts, Bakul Foundation and Sutra Advertising.

“This is the first time that we have empanelled many individuals and groups of artists for the beautification drive,” said a senior civic official. Bhubaneswar to introduce Public Bicycle Sharing (PBS) system

The Bhubaneswar Municipal Corporation took up a similar drive during the conduct of Asian Athletics Championship last year when several walls of the city were painted with graffiti and portraits of eminent sports persons. City junctions and flyovers were also painted with urban dynamics of the state capital. 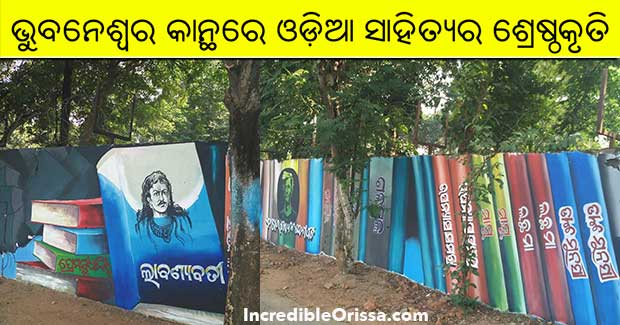