Odisha’s capital city Bhubaneswar has found place in the world’s Top 20 Smart City List-2017. Bhubaneswar is the only Indian city included in the list.

As per the Global Smart City Performance Index-2017 by Juniper Research, which was released on March 12, Bhubaneswar has been placed at the 13th spot in terms of safety as measured by crime levels, mortality and law enforcement services’ efforts to combat these challenges. 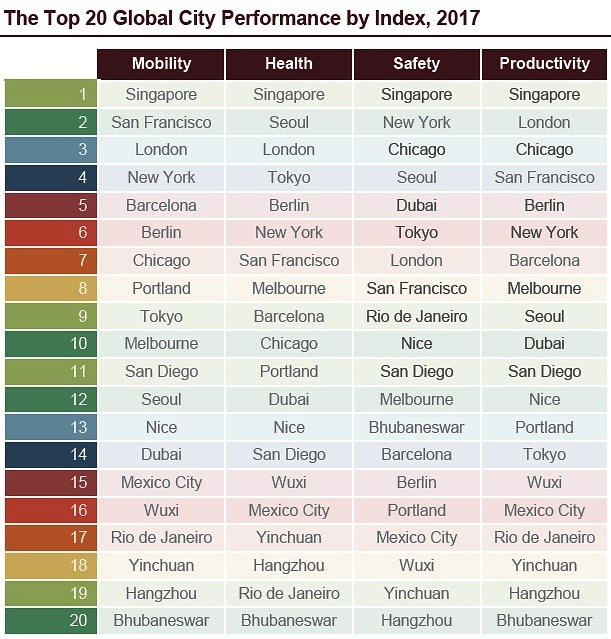 Besides, smart city Bhubaneswar has been ranked 20th in three other categories– Mobility (urban transport systems, including public and private transport. Also includes non-motorised transport solutions), Health (healthcare service delivery for citizens, including access to services and performance) and Productivity (city policies and technologies in use aimed at promoting citizen productivity, democratisation of services and wealth distribution).

Singapore has topped the index in all four areas. San Francisco and London were placed on the second and third position respectively as per ‘Mobility’ is concerned. Likewise, in the ‘Health’ category Seoul and London were listed as second and third respectively. New York was the second Smart City in the ‘Safety’ category while Chicago was the third Smart City in the list.

Specifically, it has been aimed to measure how technology saved time for people and improved their quality of life. The study was conducted from July to September last year. 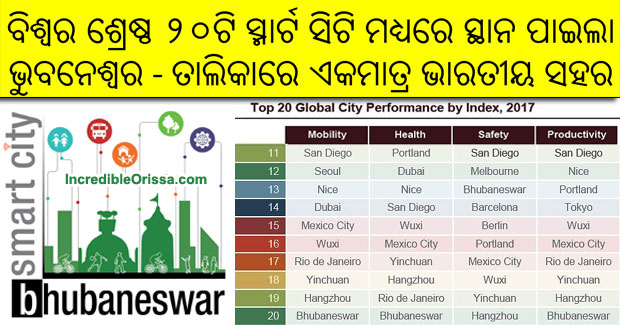