Bhumiputra is an upcoming Oriya movie based on life of the legendary leader Biju Patnaik. Directed by Sushant Pandey, the film is produced by Rohini Nandan Mohapatra under banner of Speed Tech Pvt Ltd.

Biju Patnaik, both in his life-time and even after his death, enjoys an iconic status in Odisha and is widely admired across India for his courage, idealism, statesmanship and dedication to the cause of the common man.

Audio of ‘Bhumiputra’ cinema not released till now. Other film songs listen here. 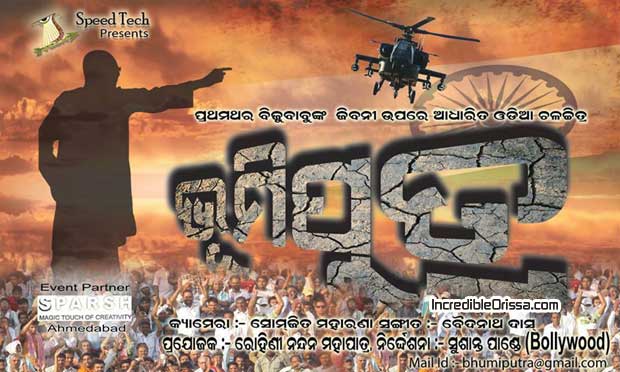