On the conclave’s theme, “I am Odisha”, Mohapatra would deliver a talk which would touch upon his personal journey from Rourkela to New York and his experience in fashion design. He would also talk about the megatrends in the creative economy of today in addition to throwing some light on Odisha’s creative economy.

The talk will be followed by a fashion show wherein Odisha-based handloom work would be showcased in draping of saris and local textile pieces.

“I am honoured to be invited by the Government of Odisha to be part of the Make in Odisha Conclave 2018. Having lived the first 23 years of my life here before moving to the US, Odisha has always been close to my heart,” said Mohapatra. 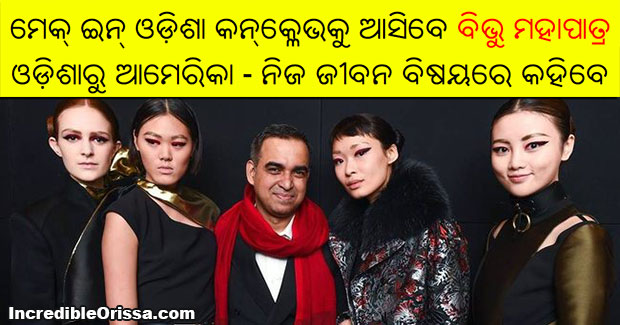