Around a dozen bicycles of the Mo Cycle scheme has gone missing within barely 10 days of chief minister Naveen Patnaik inaugurating the project with great fanfare.

Though officials of the Capital Region Urban Transport (Crut), which is coordinating the service, remained tight-lipped about the incident, employees of private parties providing cycles for the scheme apprehended the missing vehicles to have been stolen.

“We have been trying to trace the missing cycles for around four days. Besides, some users have taken away seats of cycles and several locks of cycles have been tampered with,” said an employee of a private contractor.

While Hexi Bikes, of the Hero Cycles group, has supplied 1,000 cycles for the project, Yaana and Yulu have provided 500 each. Odisha starts e-challan system to penalise traffic rule violators.

Though any complaint is yet to be lodged with police, mayor Ananta Narayan Jena said that they would take up the issue with the private parties. “We have also asked the traffic wing to crackdown on violators,” said deputy commissioner of police Anup Kumar Sahoo.

The bicycles are equipped with technologies such as the GPS tracking system, cashless transactions through mobile app and smart locks. The cycles have also special features such as adjustable seats and utility baskets. 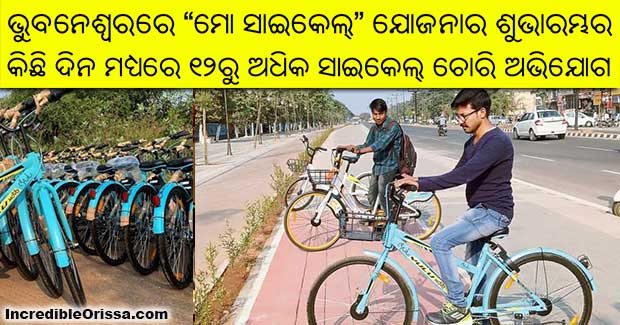