Legendary Biju Patnaik’s Dakota (vintage aircraft) will take part in the upcoming Aero India Show 2019 in Bengaluru from Feb 20 to 24.

Dakota, which was part of the IAF, had remained abandoned for years. It was closely associated with Odisha and its late Chief Minister Biju Patnaik.

The aircraft was flown by Biju Patnaik to rescue Indonesian freedom fighters.

Former CM Biju Patnaik, who was known for his daredevilry act as a pilot, had formed the Kalinga Airline in 1947. The airline had 15 Dakota planes parked in its headquarters Kolkata. The aircraft were chiefly used by the army for transport of jawans deployed in Kashmir. 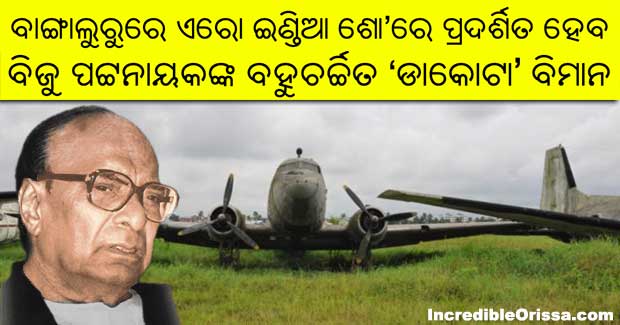