The iconic Dakota aircraft in which Biju Patnaik rescued Indonesia’s former vice-president and prime minister in his famous heroic act in 1947 would make its way to Odisha soon.

The DC3 aircraft is currently lying in a decrepit condition at Netaji Subhas Chandra Bose International Airport at Kolkata. Odisha Government initiated the process to bring back the iconic Dakota aircraft.

After a high-level meeting at Lok Seva Bhavan here on Thursday, Special Secretary to Commerce and Transport department Manoj Mishra said an in-principle approval has been granted to approach the Centre to get back the aircraft.

“We will write to the Ministry of Civil Aviation soon for bringing back the aircraft, which is a pride of the State. Though no formal decision has been taken as to where the aircraft will be placed, it can be kept at Biju Patnaik International Airport (BPIA) for public display,” he said.

Although it was decided to get back the aircraft in 2018 following a communication from the Airport Authority of India and put on display as a relic associated with Biju Patnaik as part of the museum developed at his ancestral house ‘Anand Bhavan’ in Cuttack, no tangible step was taken by the Culture department thereafter. 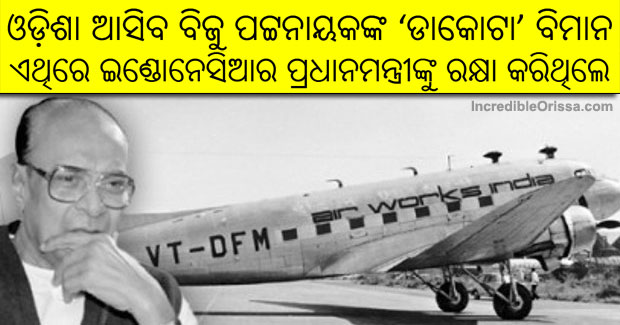