Although an Instrument of Accession was signed by the Last King of Kashmir – Maharaja Ranjit Singh, the Pakistani invaders attacked Kashmir, killing and looting people on the way.

Pandit Jawaharlal Nehru asked Biju Patnaik for help and he landed at the dawn of 27th October 1947 bringing 17 soldiers of Sikh regiment along with him.

He flew at a very low level to look around whether the enemy had already taken over the airport or not, since Nehru had given very clear instructions to not land his DC-3 if he had detected Pakistani presence there.

This is a very vital fact in India’s Kashmir history, because if we had lost Srinagar in 1947 Kashmir War we would have lost the entire territory of Jammu & Kashmir and with most of the roads blocked by the invading forces, securing the Srinagar airport and sending troops through it was the deciding factor in India’s takeover of Kashmir.

War historian and researcher Anil Dhir has claimed that the legendary leader had no role in the first landing of warplane during the October 27, 1947 invasion of Kashmir and also in the Maharaja Hari Singh signing the Instrument of Accession.

Dhir lamented that the biographies, including the official hagiographic “The Tall Man”, are replete with untrue information on Biju Patnaik’s bravery and the attempt to demand Bharat Ratna for him on the basis of the falsehood. On the contrary, he said the highest civilian award should be demanded by highlighting the truth about Biju Patnaik. 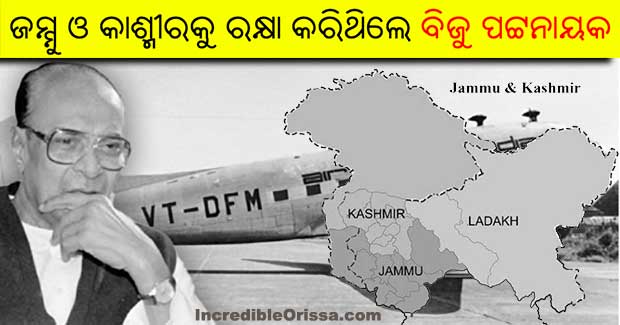