Odia scientist Binaya Kumar Das appointed as Director of the Integrated Test Range (ITR) at Chandipur in Balasore of Odisha.

Saktipada Dash was the first Odia to become the Director of ITR, Chandipur.

Binaya Kumar Das said he is obviously elated at his promotion to the coveted post and that too in his nativity, but he has to embark on concerted efforts and more complex research works to add feathers to the capable cap of the vital organization of the nation keeping intact the indigenous technological skill and maintaining a cosy balance in the spirit de corps already set up by his successful predecessors. 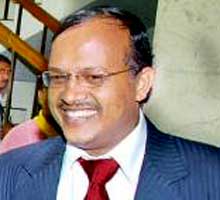 Further, he stated, “My priority is to ensure zero fault from our side so that the missile progarmmes is not affected. I will fulfil Kalam’s unfinished dream. We have to be independent. I have been always saying strength of ITR is its human resource.”