John made a smashing entry onto the stage. He carried the show’s host Maniesh Paul in his arms and broke the wall to enter the stage. The Top 13 contestants along with the judges Neha Kakkar, Anu Malik, Vishal Dadlani and host Maniesh Paul had a gala time with John Abraham and Manoj Bajpayee.

John enjoyed a few brilliant performances before dancing to one of his movie songs. He was accompanied by the grandmother of the contestant Vibhor Parashar. The trio, Maniesh Paul, John and the grandmother, together grooved to the song Desi Girl.

One of Manoj Bajaypee’s iconic songs Sapnon Mein Milti Hai was played on the stage of Indian Idol. Manoj Bajaayee danced to this song with some of his fans. Dhwani Bhanushali and Neha Kakkar ensured John danced to their famous track Dilbar Dilbar. 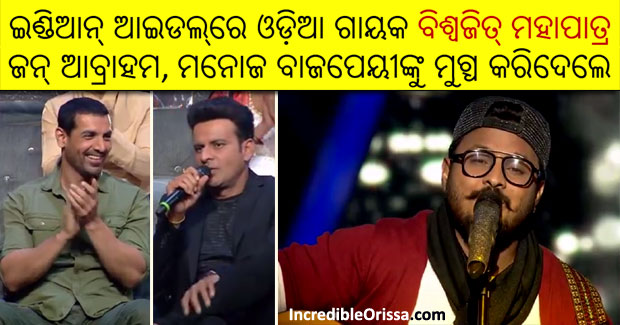