He sang the fun-filled and upbeat ‘Oh Maria’ from India’s official entry for the Academy Award for Best Foreign Language Film in 1985, Saagar, in the presence of the film’s hero Kamal Hassan.

His performance impressed the Vishwaroopam star who termed it ‘extraordinary’ while the judges of the show, Bollywood music composer Anu Malik, singer Neha Kakkar and music director Vishal Dadlani, gave him a standing ovation.

The episode took an emotional turn when Biswajit narrated how his brother Satyajit Mahaptara gave up on his dreams so that this playback singer from Bhawanipatna could pursue his passion, a story that moved Kamal Hassan. Anchor Manish Paul surprised Biswajit with a video message from Satyajit and the singer could not control his tears.

Audience voting and judges’ assessment helped Biswajit remain a contender for the title of Indian Idol till next week. With the elimination of Sonia Gazmer, the contestants will now fight it out for the Top 12 singers’ spot. 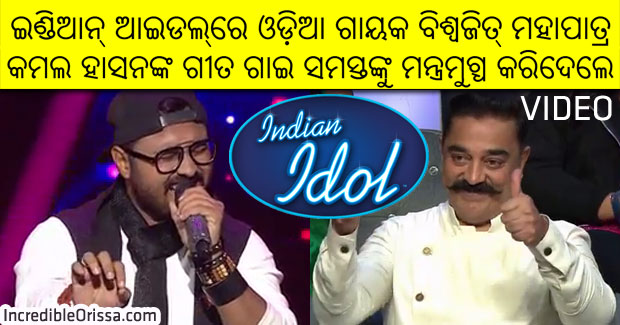