Biswajit Mohapatra, only Odia contestant from Odisha in Indian Idol 10th season, performed a popular Konkani song in the folk challenge episode. It is telecasted on 18th August, 2018 (Saturday).

Singer-composer Vishal Dadlani and singer Neha Kakkar have donated Rs 100,000 each to musician Keshav Lal, who has been playing a harmonium on the footpath of Pune for over 30 years.

India is a land of unity in diversity. In this weekend episodes of India’s biggest singing reality show – Indian Idol 10, the top 13 singing sensations presented the cultural diversity of India.

Biswajit Mohapatra impressed Manoj Tiwari and judges through his singing in this episode. Now he entered into Top 12 of Indian Idol 2018. Wish him best of luck. 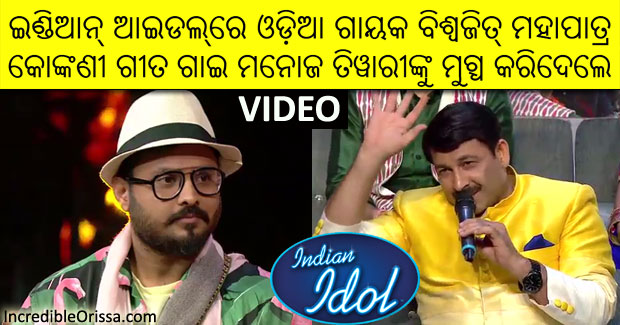