The ruling Biju Janata Dal (BJD) party till today announced the names of candidates for 8 out of the 21 Lok Sabha constituencies and 48 out of 147 Assembly constituencies in Odisha.

The BJD president said the rest of the candidates for the first phase of elections will be announced very soon.

“In the last few days, we have received more than 5,000 applications seeking candidature of the BJD from every nook and corner of the state. I am humbled by the confidence they have reposed in the Biju Janata Dal and Biju ideology. I personally thank each one of them. I am confident they will continue to support the party and work for a self reliant and prosperous state,” Patnaik said. 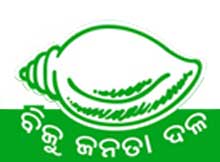