This will be the first time that Pitambar Acharya will fight the assembly polls though he has been in politics since his student days and was the president of the students union in Bhubhaneswar’s BJB College in the 90s.

Mr Acharya, a senior advocate of Orissa High Court, is also the BJP’s spokesman. He was assigned the responsibility of the party’s vice-president two days ago.

Gadtia had quit the BJD and joined BJP last year after Rita Sahu (Bijepur MLA) joined the BJD ahead of the by-poll in the constituency following the death of her husband and then sitting legislator of the constituency Subal Sahu. Sahu had been a three-time MLA from the seat on Congress ticket. 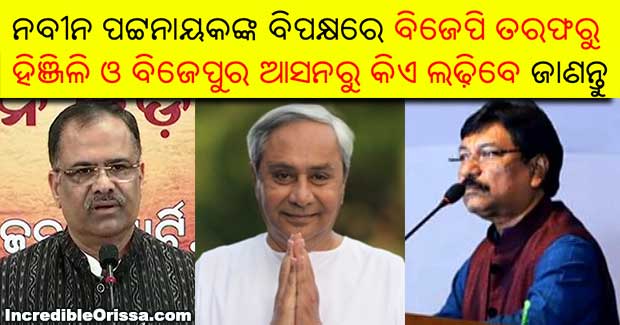