The BJP will fight the next assembly elections in Odisha on its own without forming any alliance, BJP president Amit Shah announced. He said his party will win at least 120 of the 147 seats without any coalition.

On how it will make such a quantum jump from just 10 assembly seats now, Shah said, “We formed a government in Manipur in 2017 while we did not win single seat in the assembly election prior to that. A BJP wave is blowing across the country. Odisha will be no different.” Shah said only old leaders think the BJP target of 120 seats impossible, the BJP has a young leadership.

The BJP president, who is on a three-day tour of Odisha, pitched for a younger leadership to run the state and came down heavily on Chief Minister Naveen Patnaik, saying backwardness and poverty continued due to his government’s “misrule, inefficiency and corruption”.

He also slammed the Naveen Patnaik government for its “incompetence”, saying benefits of over Rs 4 lakh crore given by the Centre to the state had not reached the masses.

Naveen Patnaik’s Biju Janata Dal hopes to return to power a fifth time. The CM had dismissed the BJP’s claims with “I doubt very much whether they (BJP) will get so many seats.” 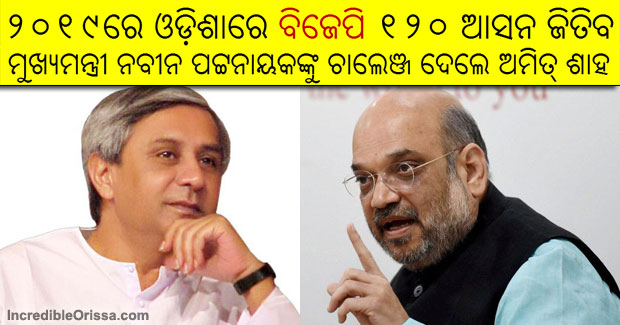