Big Deal aka Samir Rishu Mohanty, a rapper from Odisha, released his second Odia rap song ‘Bou’ on YouTube. He was born in Odisha’s Puri, raised in Darjeeling and now hustling in Bengaluru.

“A special dedication to all our mothers straight from my heart to yours. Dedicate this song to your mother, today,” he wrote on YouTube. You must watch this video to inspire more rappers from Odisha.

A Japanese mother, an Odia father, a career in Bengaluru as a musician after an MCA degree (the completion certificate for which he never picked up) and a job opportunity at Infosys that he didn’t take up – Samir Rishu Mohanty’s antecedents are decidedly curious.

Samir Rishu Mohanty was 16 when he began rapping. Those days (he is 27 now), people didn’t hesitate to laugh at a rapper — spilling one’s intimate thoughts through rhyming verses was an outlandish concept. But he stood strong and chased his dreams, and now, he has released his debut album ‘One Kid With A Dream’. 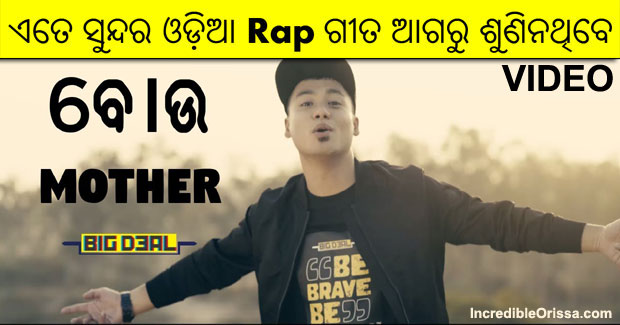