Carnival Films Private Limited will set up one multiplex at each district headquarters in Odisha with an investment of Rs 150 crore. The complex, among others, will have a food court, community centre and a super market.

Carnival Films Pvt Ltd operates a chain of cinema theaters in India. The company was incorporated in 2012 and is based in Kochi, India. Carnival Films Private Limited operates as a subsidiary of Global Business Conexxtions Pvt Ltd.

The meeting chaired by Chief secretary AP Padhi recommended the investment proposal of NLC India Ltd for power generation to the high-level clearance authority headed by Chief Minister Naveen Patnaik for approval. The proposal entails an investment of Rs 11,783.80 crore.

These projects were committed by companies in the recently concluded ‘Make-In-Odisha’ conclave. The State received good response during the conclave with an investment intent of Rs 2.03 lakh crore, Industry Secretary Sanjeev Chopra told reporters after the meeting.

Chopra said the proposals cleared by SLSWCA were in six different sectors including apparel, chemicals and petrochemicals, food processing, tourism and downstream in metal sectors.

He said the Government would provide land to these projects in various industrial cluster and investment regions of the State. 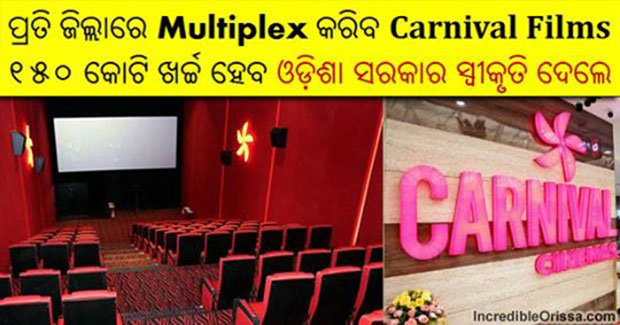