Bahara Chandana starts from Akshaya Trutiya and continues for 21 days. On the first 21 days the representative idols of the main deities of the Jagannath temple as well as five Shivalingas known as the Pancha Pandava are taken in a procession from the Singhadwara or the Lion Gate of the Jagannath temple at Puri to the Narendra Tirtha. After various rituals the deities are placed on grandly decorated boats for an evening cruise of the tank.

The last 21 days of Bhitara Chandana include rituals held inside the temple itself. Instead of the daily cruises, the playful ride happens on four occasions, the Amavasya, the full moon night, on the Shashti and the Ekadashi of the bright fort night.

Construction of the chariots for the annual Rath Yatra festival starts from Chandan Yatra. 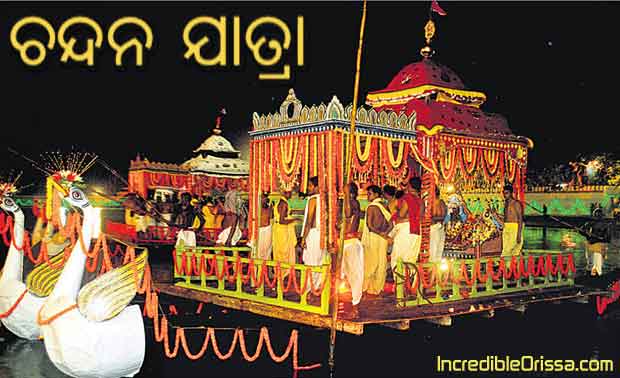