Do you know that recent 100 crore Bollywood movie ‘Tanu Weds Manu Returns’ has an Odisha connection?

Yes, the connection is Chirantan Das who needs a special mention for the smooth and colour-filled cinematography of the Kangana Ranaut and R Madhavan starrer movie.

Director Anand L Rai is all praise for the Odisha-born technician with whom he collaborated right from his debut movie ‘Tanu Weds Manu’.

Chirantan’s first project in Bollywood was ‘Yeh Kya Ho Raha Hai’, directed by National Award winning director Hansal Mehta, in 2001. Unfortunately, that film did not do well at the box office. But Chirantan caught the attention of filmmakers for his exceptional camerawork.

Besides, Chirantan also did Ritesh Deshmukh and Genelia D’Souza starrer 2012 film ‘Tere Naal Love Ho Gaya’, helmed by Mandeep Kumar. He was also the cameraman of acclaimed films such as ‘Lakhsmi’ and ‘Dhanak’, helmed by another National Award winning director Nagesh Kukunoor. 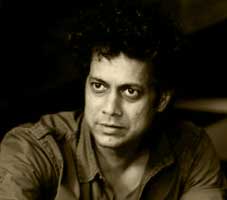 Chirantan, who had his school and college education in Bhubaneswar, is a university dropout, and he is ‘proud’ of it now.