Papu Pom Pom’s directorial debut ‘Chirkut’ will be screened for free at all theatres across Odisha on the first day, first show.

This is probably the first time in the history of Odia cinema that an Odia film will be screened free of cost for a day.

The movie starring two newcomers Aurojit and Ananya will hit theatres on April 14. It is a love story of a newspaper boy. Papu has also composed the music of ‘Chirkut’.

Papu said, “I am fortunate to have been cured and returned back to life from near death. And I believe all this happened because of the love and support I got from my fans and well wishers. So I requested Producer Akshaya Parija and he agreed to let me go ahead with this.”

“Millions of people prayed for Papu’s recovery when he was hospitalised. Today he is back in action and has his debut film ‘Chirkut’ as director as well music director. This is a small gesture of gratitude to his fans and well-wishers for their immense love and affection,” said producer Akshay Kumar Parija. 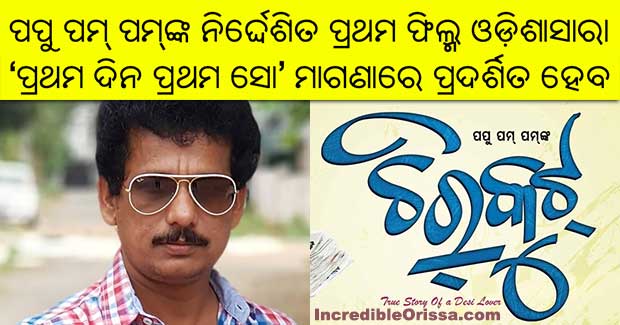