Eminent Odia singer Chitta Jena passed away at a private hospital in Odisha’s Cuttack this morning. He was 76.

Family sources said that Jena had undergone a open heart surgery at the All India Institute of Medical Sciences (AIIMS) in New Delhi in 2016. But as his health condition had deteriorated, he was admitted to a private hospital three weeks ago.

Born in 1941, Chitta had first lent his voice in 1974 for the movie ‘Mana Akasha’ and was awarded the prestigious ‘Prafulla Kar Samman’ by Prafulla Kar Foundation.

A pall of gloom descended on the Odia film industry after the demise of Chitta Jena. Odisha top-ranked state in per capita data consumption in India 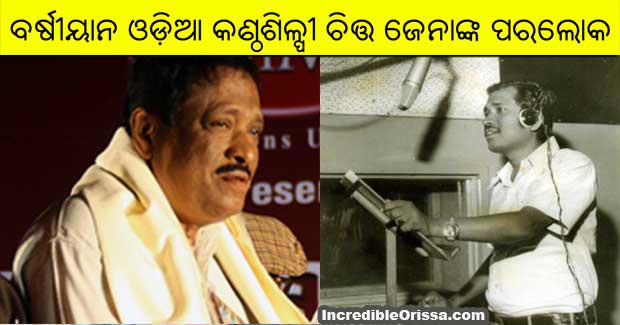