Buffalo milk, a staple of humans, has long been thought of as being the most nutritious food in the world. Till researchers found ‘cockroach milk’!

Researchers at the Institute for Stem Cell Biology and Regenerative Medicine, Bengaluru, who accidentally discovered ‘cockroach milk’ call it a ‘complete’ food, as it is packed with every major nutritional component one would require – fat, sugar and protein.

These milk crystals are produced only by the Pacific Beetle cockroach, commonly found in Hawaii, and not your average kitchen pest. It is the only breed of the roach that gives birth to live young ones like mammals, instead of laying eggs.

Prof Ramaswamy Subramanian, who heads the research team at of the Institute for Stem Cell Biology and Regenerative Medicine that made the baffling but fascinating discovery, says they did not start with an idea of finding an alternative for the world’s dairy needs. What started as one of his student’s curiosity was translated into an interesting finding after 10 years of scientific effort. Now Prof Subramanian’s team is working on reproducing this en masse in yeast form.

He believes he can mass-produce this milk through a synthetic technique that converts it to yeast, and that this would make it as far removed as possible from its origins, the cockroach, which most people (except some world cultures that consume the insect as food) find disgusting.

You may laugh while reading this report, but there is no denying the fact that this insect that can survive a nuclear disaster and may someday provide the ultimate liquid superfood.

It is also pertinent to mention here that on the planet, the cockroach is one of the hardiest creatures; it can live for a month without food.

Hang on! Wait. Don’t expect to find it next to your regular milk in the dairy shops, at least not for now.

Do You Know: Free insurance upto Rs 10 lakh with ATM cards of all banks 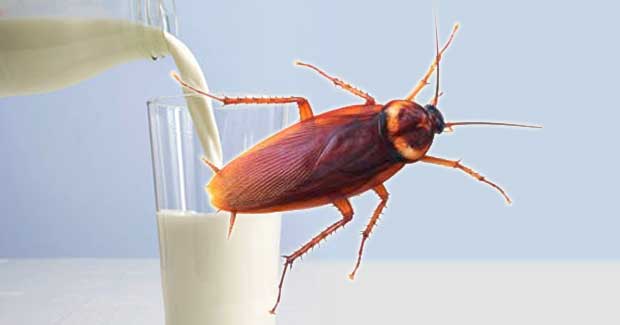