The construction of chariots of the Trinity (Lord Jagannath, Balabhadra and Devi Subhadra) for the annual Rath Yatra 2022 began on the auspicious occasion of Akshaya Tritiya.

In the morning, 11 Swatriya Brahmins led by the temple priest performed a yajna in the Rath construction yard located along the Badadanda to consecrate the timber logs to be used in the chariots.

Priests of Lord Jagannath, Balabhadra and Goddess Subhadra handed over ‘Ajnamalas’ of the deities to the three Biswakarmas (chief carpenters) heading the construction work the of three chariots.

Among others, Chief Administrator of Sri Jagannath Temple Administration (SJTA), district Collector and SP were present. 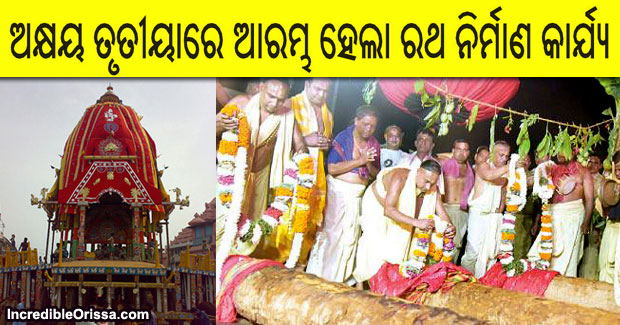