The CBI team investigating the mega chit fund scam in Odisha today moved the Special Chief Judicial Magistrate Court in Bhubaneswar to take the chairman and managing director of the ponzi firm Seashore Group on a 14 day remand.

Dash who was earlier taken on 14 day remand by the Enforcement Directorate (ED) to interrogate him on the money trail part produced before the Khordha district sessions court today.

The Enforcement Directorate (ED), which chases the Seashore Group’s money trail, on Sunday said it got some vital clues. They might blow the lid off the company’s suspected investment in foreign countries and links with some politicians and bureaucrats.

Prashant Dash, today sought to link the crackdown on his company to the failed coup against Chief Minister Naveen Patnaik allegedly engineered by former BJD leader Pyari Mohan Mohapatra on the night of May 29, 2012. 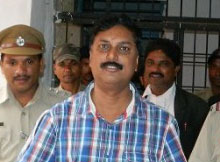 While 6.5 lakh people were duped of Rs 4,375 crore between January 2012 and June 2013 by several chit fund companies, the Seashore Group alone is accused of swindling over Rs 700 crore from the deposits collected from thousands of people across the state.