Acting on a petition filed by Tarang TV channel, charging its rival of picking up the reality show concepts and telecasting them along the same time schedules, Judge PC Patra has also issued showcause notice to Sarthak TV channel.

The petitioner has alleged that ‘Suna Bohu’ and ‘Dance Queen’ programmes on Sarthak TV are replicas of its original programmes ‘Sadhaba Bohu’ and ‘Jhoom Odisha Jhoom’ that are being shown on its channel Tarang TV.

Sarthak TV has scheduled its programme just prior to the time of airing by Tarang TV, which has affected its TRPs, the petitioner submitted. 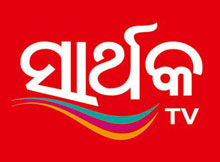 Next verdict on this case will be out on 12 May.

Sarthak TV also filed a petition in High Court and its verdict will come on 11 May.