The CPI(M) party would contest 2 Lok Sabha and 12 assembly seats in Odisha in the upcoming general elections in April.

“For Balasore Lok Sabha seat, we have sent the name of the candidate to the Central Politbureau and would announce the name after we receive its nod,” Pati said. 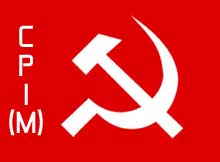