91.9 Sarthak FM released ‘Cuttack Re Pani Rajdhani Re Pani’ new Odia song in the voice of Koushik, which is composed by Baidyanath Dash and written by Arun Mantri.

The twin city Bhubaneswar and Cuttack were literally floating on the rain water due to incessant rain for days. The situation worsened when people could not come out of their houses and the roads were completely submerged in the water due to poor waterlogging system.

The situation has become ugly in the Smart City, where rainwater has gushed into several houses in low-laying areas like, Acharya Vihar, Jaydev Vihar, Old Town and Damana.

Besides, vehicular communication has come to a grinding halt as main roads in Rasulgarh, Nayapalli,Bhomikhal, Kalpana Squar and Jagamara have been submerged in knee-deep water.

Meanwhile, ODRAF staff officials have been engaged to rescue people stranded at various places in Bhubaneswar. On the other hand, pumps have been installed in the most affected areas of the Twin City to evacuate rainwater. 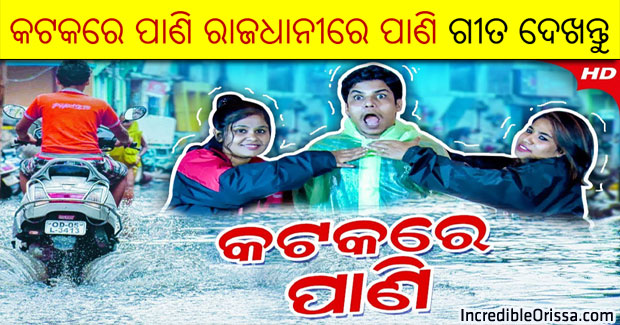