Devarapalli Prakash Rao is one of the three distinguished personalities from Odisha to be conferred with Padma Shri this year.

He is the tea seller whom Prime Minister Narendra Modi met during his visit to the Millennium City in 2018. The PM had also praised him for teaching under-privileged children in his ‘Mann Ki Baat’ programme.

For the last 15 years, this Cuttack Tea Seller has been donating half of his income towards the running of a school in a slum which he founded.

D Prakash Rao runs a school for 70-80 underprivileged children for free. Also, he has donated blood more than 200 times. This is not the end. There’s more to the story of this extraordinary man.

Rao is the most sought-after person in SCB Medical College and Hospital, even ahead of its doctors, some would say. The man has himself donated blood more than 200 times, and gives platelets every 10 days. He is a key motivator for voluntary donation, and has a database of donors having rare blood groups.

Rao said he had to leave his education mid-way to make ends meet at home and it didn’t help that he had a father who never saw education as an investment.

With the hope that so children may not be as unfortunate as he was, Rao provides them with basic level education (Preparatory to Standard III). After that he does his part to enroll them in government schools.

He also provides the children with free milk and biscuits from his stall.

Sometimes a video is made so beautifully that it draws you in completely. Rest assured when this video uploaded by TheIncendiaryFilms ends you will be left with a message that you clearly didn’t see in the beginning. 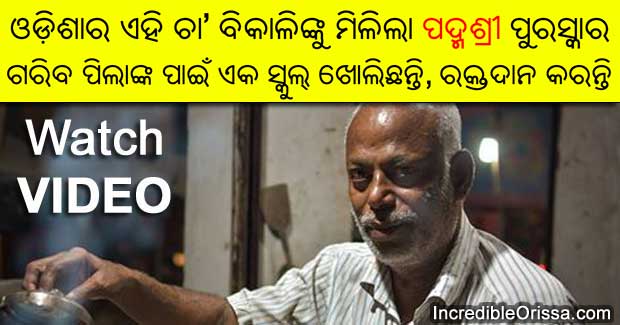