Odisha will receive rainfall in the next few days due to a depression over southeast Bay of Bengal, which is likely to turn into a cyclonic storm, the MET department said.

The low pressure over southeast Bay of Bengal turned into a depression prompting the Odisha government to issue an alert to all the Collectors to remain watchful during the December 10-13 period.

The Special Relief Commissioner (SRC)’s office said under the influence of the system, moderate rainfall is anticipated in southern and coastal districts. Farmers have been advised to keep their harvested paddy at safer places to avoid damage while mandis have also been asked to take necessary measures for stored crop.

The system was lying 1,310 km south-south-east of Gopalpur and is likely to move in a west-north-west direction in the initial period before taking a north-west route. The system was making a slow movement.

The India Meteorological Department said current models predict that the system would intensify into a cyclonic storm after 36 hours. Its predicted movement is not clear but it is expected to approach the east coast by December 10-11 and would have strengthened into a cyclone by then.

Though its exact course is yet to be ascertained, the weather office said, it may head into the coastline between Machhlipatnam and Visakhapatnam. There is, as of now, no model predicting the system coming close to Odisha.

ALSO READ: Possibility of Earthquake in Odisha – What Geologists Said 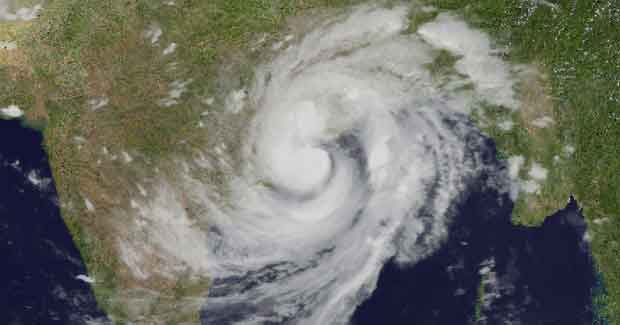