Following the declaration of Rs 1,000 crore additional assistance to the cyclone Fani-affected Odisha by the Centre, the state has now got helping hands from spiritual leaders, politicians, celebrities to cricketers.

The ‘extremely severe cyclone’ Fani, which made landfall in Puri district of Odisha on May 3, caused unprecedented havoc in the State claiming several lives. People from all quarters have come forward to lend a helping hand to rebuild Odisha.

Tibetan spiritual leader Dalai Lama has donated Rs 10 lakh from the Dalai Lama Trust. Actor Akshay Kumar has reportedly donated Rs 1 crore to the CM relief fund to help the cyclone-affected people. However, there is no official confirmation about it. 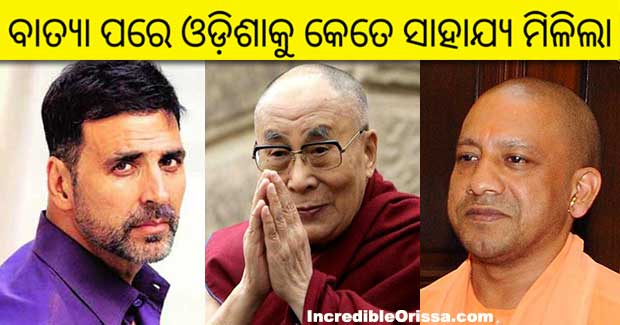