With the death toll in cyclone Titli rises to 52, Odisha government increased the ex-gratia amount from Rs 4 lakh to Rs 10 lakh each for the kin of the deceased.

Chief Secretary Aditya Prasad Padhi said that as per preliminary estimates, overall damage, including to infrastructure and agricultural crops, is Rs 2,200 crore and that the final report will be prepared within two days.

As many as 39 deaths were reported from Gajapati district, 12 from Ganjam district, two from Kandhamal district and one each from Angul, Cuttack, Nayagarh and Keonjhar, a statement from Special Relief Commissioner’s (SRC) office said.

“For the first time we have had such a serious landslide. As compensation to the next of kin, Rs 10 lakh will be given instead of Rs 4 lakh. The affected residents will be given pucca houses in plain areas under Biju Pucca Ghar Yojana and land rights. Drinking water and electricity will also be provided to them,” CM Naveen said.

CM Naveen also informed that after an assessment of the damages to agriculture and infrastructure, a final report with demands will be sent to the central government. 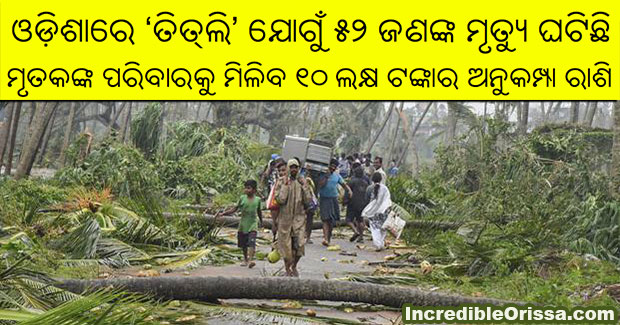