The Odisha government began evacuation of approximately two lakh people in five coastal districts of the state, as Cyclone Titli over the Bay of Bengal intensified into a “very severe cyclonic storm” and inched towards the Odisha-Andhra Pradesh coast.

Cyclone Titli is expected to make landfall at the Odisha coast at around 5:30 am tomorrow. Five coastal districts have been evacuated, with residents being moved to safety after the storm intensified. Schools, colleges and anganwadi centres in four districts of Odisha are closed today and tomorrow.

East coast Railway has cancelled at least eight trains and suspended services between Khurda Road in Odisha and Vizianagaram in Andhra Pradesh after 10 PM tonight till further advice in view of Cyclone Titli. 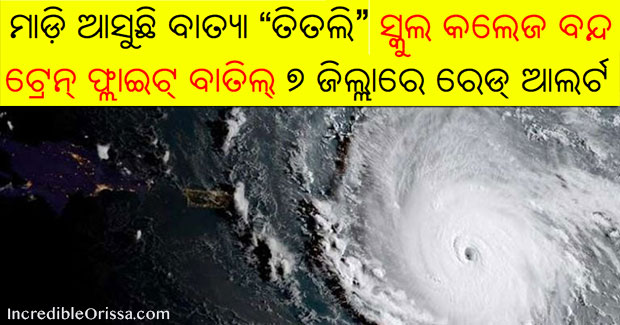