Sulabh International Social Service Organisation has offered Rs 5 lakh to Dana Majhi, the Kalahandi district resident who had to carry his wife’s body on his shoulders from hospital.

It’ll also pay Rs 10,000 per month to him towards health and education needs of his 12-year-old daughter till she gets married or get a job, reported The Times of India.

Sulabh founder Bindeshwar Pathak said the Sulabh will the monthly aid on the condition that Majhi continue sending his daughter to school. Promises of helps have poured in for Majhi ever since the video of him carrying his wife’s body on his shoulders hogged limelight.

According to a Gulf-based news report, Bahrain prime minister Khalifa bin Salman Al Khalifa has offered financial help to Majhi through the Indian embassy there.

So far, Dana Majhi has received Rs 32,000 aid from the state government under various schemes for the poor. 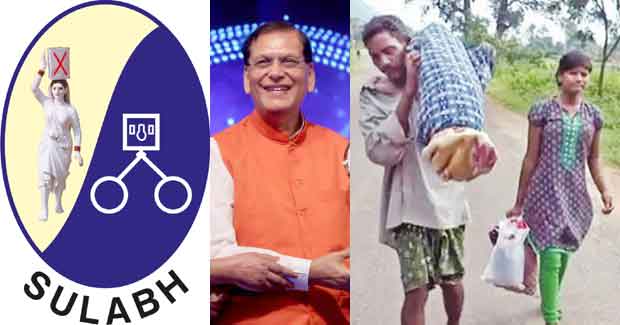